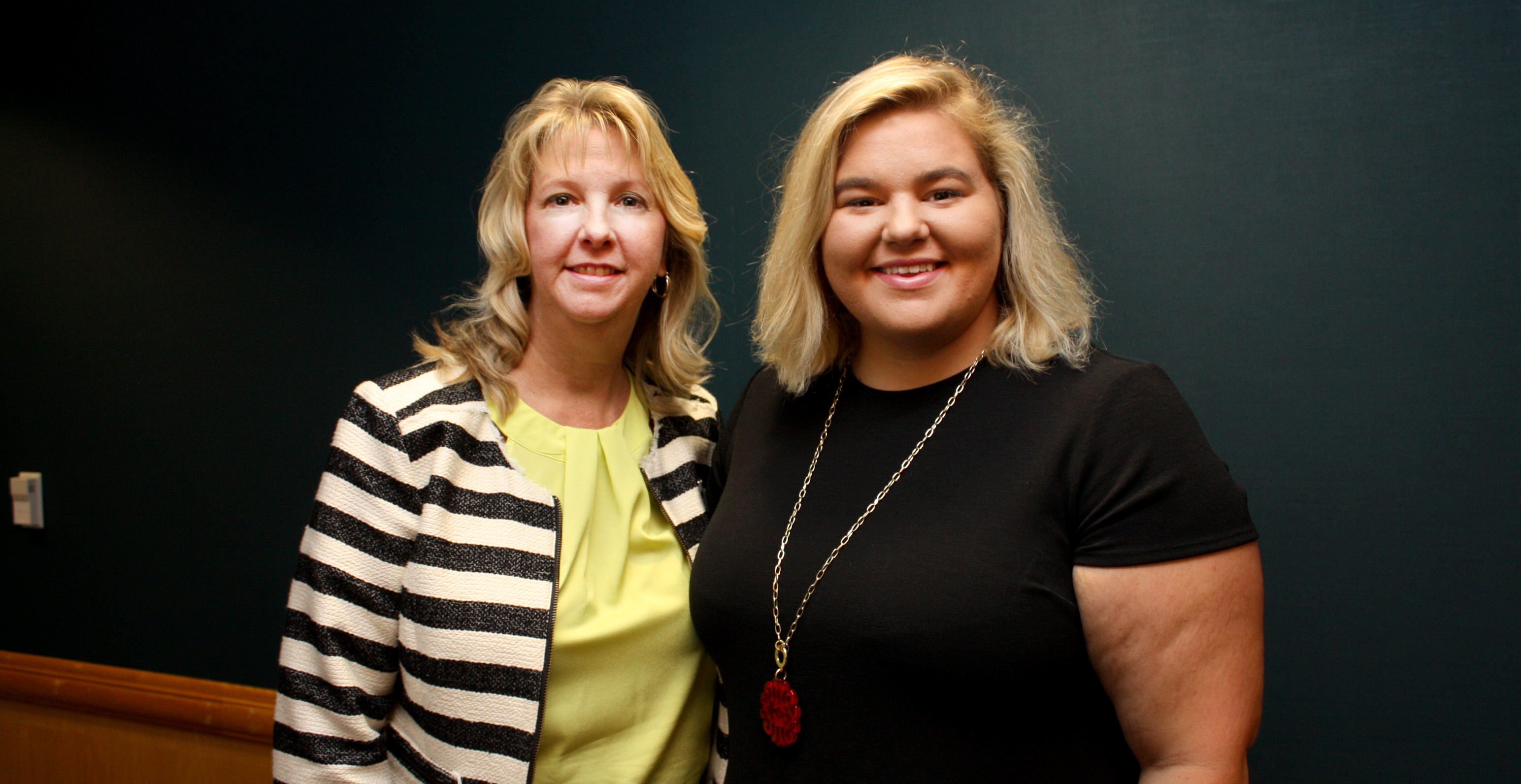 Lisa Hill (left), Dean of Arts and Sciences at BCCC, with Brooke Butler, the first participant in the PackTrac program.

The first time Brooke Butler visited N.C. State University, her eyes opened up to a new part of North Carolina. Inspired by how thousands of students pursued their own education collectively, the Martin County native immediately committed to attending, but was not ready to leave home after high school. Now, Butler is taking advantage of the a new collaboration between NC State and Beaufort County Community College that allows her to start her bachelor’s degree in agricultural education at BCCC.

Butler is the first student at BCCC to enroll in PackTrac, which puts BCCC students on course for bachelor’s degrees in any of 13 majors through the College of Agriculture and Life Sciences at NC State. The PackTrac program clearly defines all of the classes and requirements students will need to transfer. The program also sets up advisors on both sides to help with the transition. Among the degrees that students can pursue are agricultural business management, agricultural & environmental technology, animal science, horticultural science and plant biology.

Butler’s agriculture teacher at Riverside High School, Mike Bennett, encouraged her to take an active role in Future Farmers of America. Along with Dr. Jason Davis, the North Carolina FFA coordinator, Bennett inspired Butler to become an agricultural educator herself. Butler, who teaches horse-riding lessons at her family’s farm, was not ready to weigh herself down with student loans, or leave her family and job behind.

“I knew I wanted to be a teacher,” she said. “I was hoping there was a way I could start at Beaufort and end up at State.”

Butler remembers thinking of NC State, “These students love their school!” She could have easily been overwhelmed by the campus, where the enrollment exceeds the population of her entire county, but instead she saw a student population sharing in something together.

“It felt more personal than what I had heard,” she recalled.

One day, Lisa Hill, Dean of Arts and Sciences and the advisor for PackTrac, stopped Butler in the hall and told her about the new program. Hill knew about Butler’s agricultural education ambitions. Butler immediately signed up.

Butler points out that that only one percent of the workforce are farmers. With seven billion people in the world to feed, the agricultural sector needs to keep innovating. After she finishes her bachelor’s degree at NC State, she can teach that innovation to the next generation.

For more information about the PackTrac program, contact Lisa Hill at 252-940-6223 or lisa.hill@beaufortccc.edu.