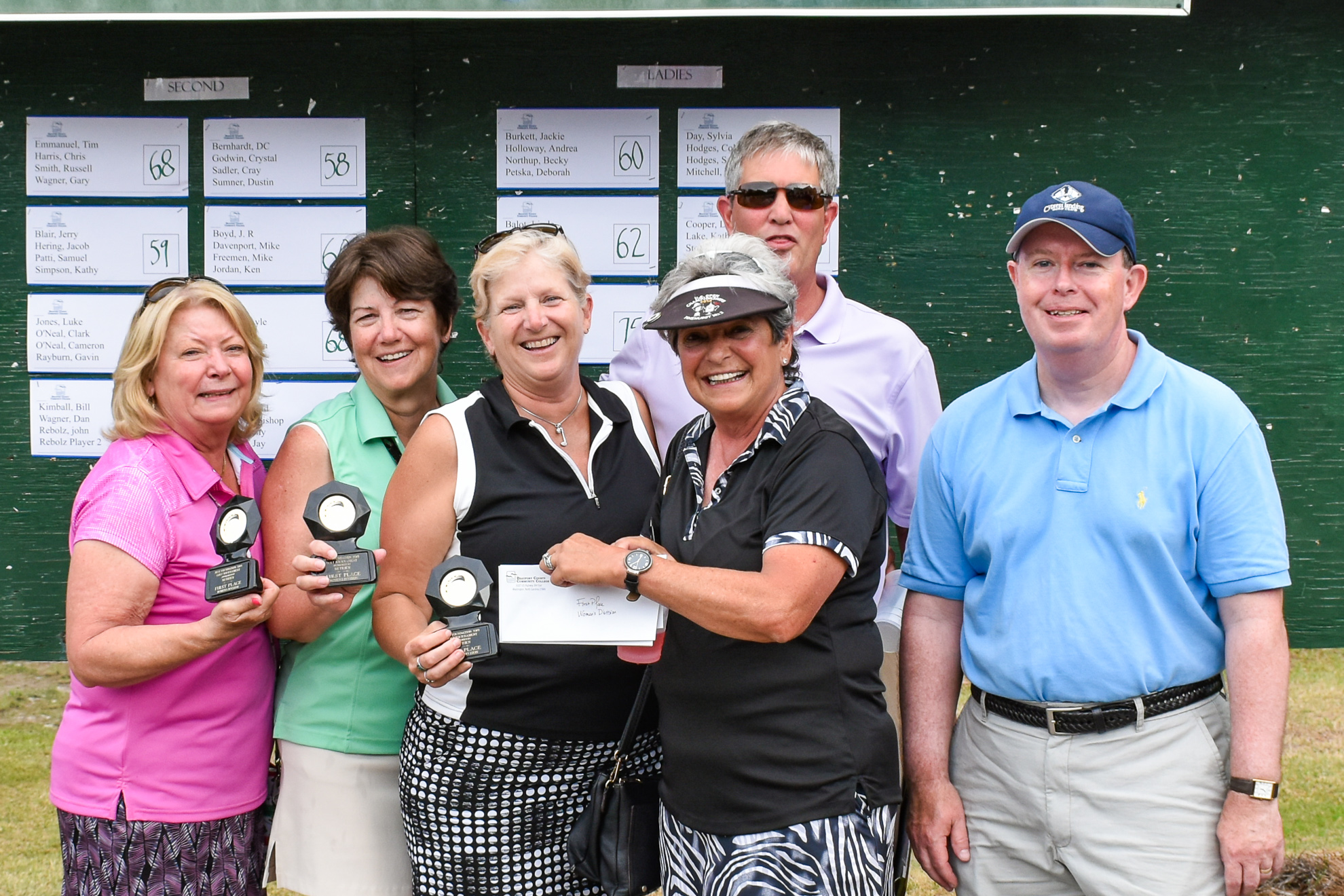 This year featured six teams in the women’s flight, and many other women played on mixed teams in three other flights. Teams from Northside and Southside high schools also participated in the event.

Lee Chevrolet sponsored a hole-in-one contest although no one walked away with a vehicle this year. Coca-Cola was also a major sponsor, providing beverages for the event.

The tournament is one of the largest annual fundraising events for the BCCC Foundation. In past years, it has been paired with a concert and auction, but this year the foundation has spun it off as stand-alone event. The auction and concert will take place on October 24 later this year. The golf tournament raises funds for scholarships to help students with the cost of tuition and books. Since July of 2018, the foundation awarded a total of $160,000 to over 150 students.

“This was the first year where we had enough enthusiasm and participation to host a women’s flight,” said Serena Sullivan, VP of institutional advancement. “We had employees, trustees, and even students, playing in the competition. It was wonderful seeing the high school students take part as well. It shows how broad the support for our college is in our region.”

The foundation is now accepting scholarship applications for summer and fall classes. Students can contact Jen Seay at 252-940-6218.

Beaufort Promise: Tuition and Fees are Free through 2023!