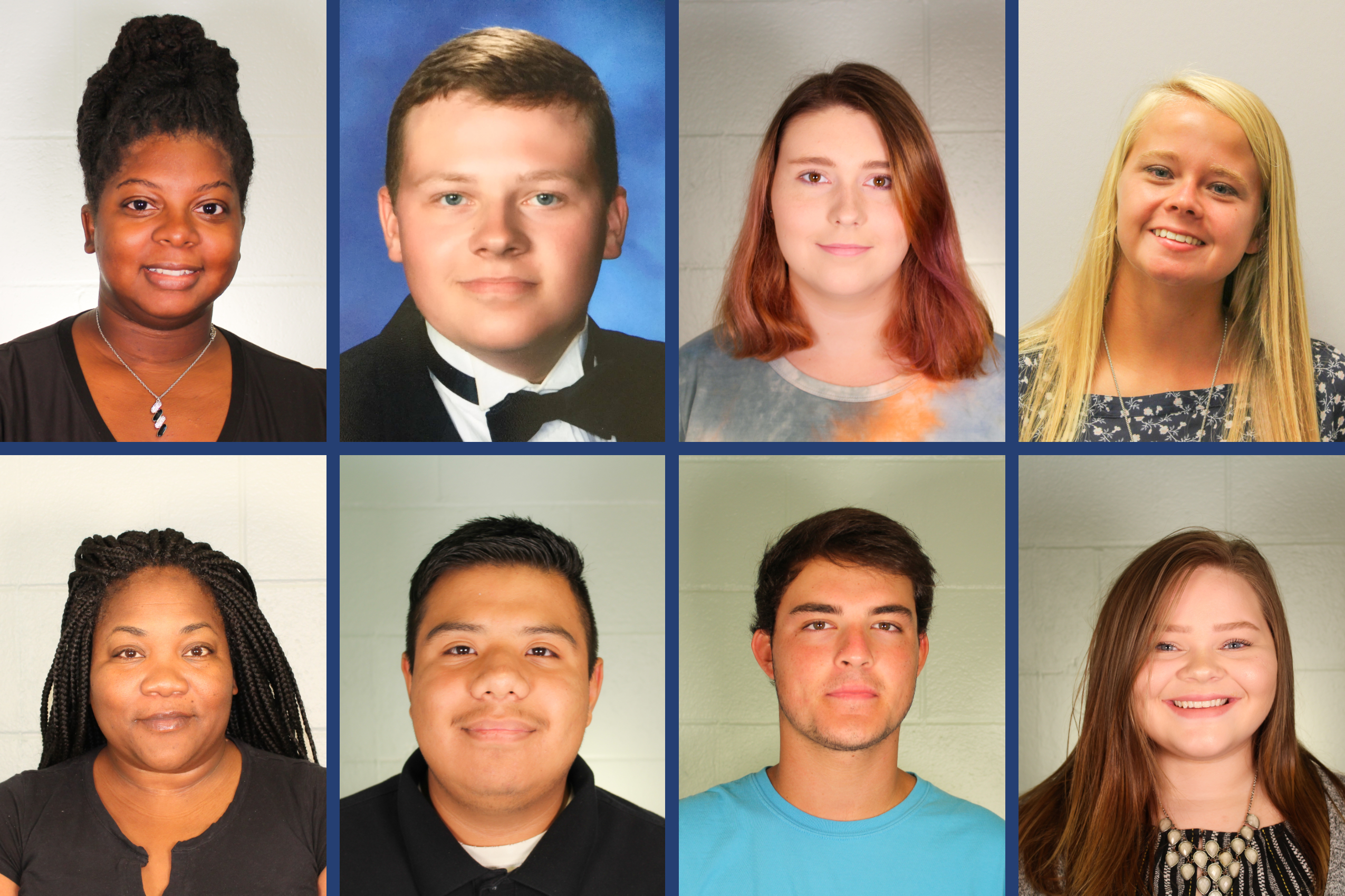 The Beaufort County Community College Foundation is proud to announce the following scholarship recipients for the fall 2019 semester. The BCCC Foundation has awarded over $165,000 in scholarships during the 2018-2019 academic year. Students can still sign up for Late-Start classes starting in October. The BCCC Foundation is holding a fundraiser featuring music from The Embers Featuring Craig Woolard at the Washington Civic Center on October 24.

Regina Brockers, 31, received the Windsor Rotary Club Scholarship. The Colerain resident is working toward an Associate Degree in Nursing and plans to earn a bachelor’s degree. The mother of two attended Bertie High School.

Hunter Bullock, 18, received the David Clark Scholarship. The Chocowinity resident is working toward an Associate in Applied Science in Mechanical Engineering Technology. The son of Robbie and Stacy Bullock, he attended Southside High School.

The David Clark Endowment was established in 2011 by Trader Construction Company-New Bern, NC and Potash Corp-Aurora, NC in memory of David Clark. David was a Trader Construction Company superintendent with more than 30 years of industrial construction experience. He was an exemplary employee and excellent role model for his fellow co-workers. He was also a man of faith, community involvement, and a native of Beaufort County, NC. This endowment is available to BCCC students in any of the industrial technology programs­–automotive systems, electrical engineering, electronics engineering, mechanical engineering, or welding.

Autumn Cahoon, 17, received the Soule UMC and the Hyde County Farm Bureau scholarships. The Swan Quarter resident is working toward an Associate in Applied Science in Medical Office Administration. The daughter of Timmy and Lisa Cahoon of Swan Quarter, she attends Mattamuskeet Early College High School. She currently works as a server at Gingerbread Bakery.

Summer Gale Cahoon, 21, received the Harold & Louise Lane Scholarship. The Swan Quarter resident is working toward an Associate Degree in Nursing. She is the daughter of Gregory Brooks and Eyleen Brooks of Swan Quarter and the wife of Bryson Cahoon. Cahoon attended Mattamuskeet Early College High School, holds an Associate in Arts and an Associate in Science, and she plans to work as a nurse anesthetist. She currently grows and sells fresh produce at on the roadside and at farmers’ markets.

Bonita Chapman, 42, received the Lou Tyer Scholarship. The Greenville resident is part of the nursing program. Chapman attended D.H. Conley High School, holds an Associate in Applied Science in Criminal Justice, and she plans to work as a nurse. She currently works at Walter B. Jones Alcohol & Drug Abuse Treatment Center as a health care technician.

The Lou Tyer Memorial Endowment was established in 2000. Tyer was a beloved developmental math instructor at BCCC. The scholarship is generally awarded to a successful developmental education student working toward a degree.

Shelby Dickens, 22, received the Tayloe’s Hospital Pharmacy Medical Scholarship. The Bath resident is working toward an Associate Degree in Nursing. She attended SSC Adult High School and plans to become a traveling nurse. She currently works as a server at East Coast Wings.