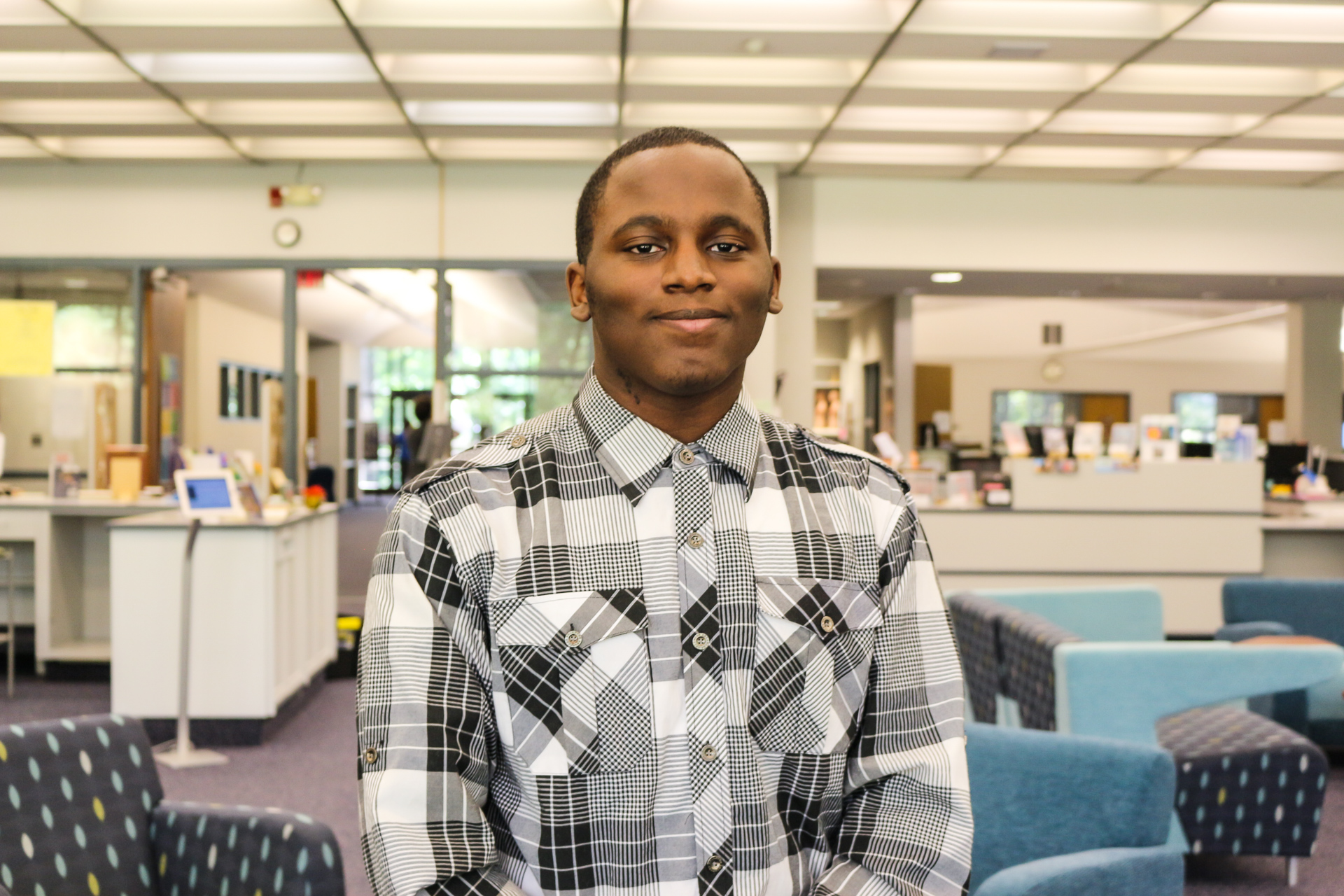 With a knack for listening and problem-solving, My-Kuz Moore is considering a career in psychology, looking at NC Central, UNC-Charlotte and Wesleyan.

A passion for serving the community: My-Kuz Moore

In a world where everyone is shouting and elbowing their way to the top, My-Kuz Moore offers a refreshing change. With his ear open, his hand reached out, and a subtle but confident smile, Moore will reach the top, and he will make sure that he is not the only one to get there. The 18-year-old Beaufort County Early College High School student will graduate this spring with a high school diploma, an Associate in Science and an Associate in Arts from Beaufort County Community College. He is president of the BCECHS Student Government, president of its Service Club, and he volunteers monthly with his grandmother at a homeless shelter. Still making his mind up about his career goals, he has narrowed it down to surgery or psychology, leaning toward psychology due to his diplomatic and empathetic nature.

“I can study a lot, listen and bring ideas together,” he says of his embrace of psychology. “One of my better attributes is listening to their problems to understand how I can help them.”

His grandmother Debra Boyd teaches high school equivalency classes at BCCC, where Moore has volunteered as a math tutor. Often seeking solitude at her house, he has even picked up her baking skills. The two serve meals together at homeless shelters in Washington and Greenville.

“I’m glad to say that we don’t see much of them again, because that means they are not in that situation where they need a homeless shelter,” he says. “The smile on their face and how they thank us is really special.”

Moore’s life is defined by his service. As president of the Service Club, he has spearheaded donation drives for an early college high school that was damaged by Hurricane Florence and a homeless shelter. The club raised funds to advance lymphoma and Alzheimer’s research and even helped one of their teachers who was diagnosed with cancer.

“Even though our family might seem like the golden family, we grew up without flat-screen TVs or video game consoles,” he says about his motivation to serve. When he was 10 years old, his family lost everything in a house fire. Four years later, their house was burglarized and, again, they had to start over. “Now, we don’t have to struggle with paying the bills or how to get food. In my eyes, we have become fortunate, and a lot more fortunate than other people. To show gratitude for that, I help the less fortunate.”

This empathy extends to his interaction with friends and family. When friends approach him with their problems, he listens to both sides and tries to find the root. He has a favorite quote from Mission: Impossible. “‘I can neither confirm or deny details any operation without the Secretary’s approval,’” he quotes. “I don’t like voicing my opinions until I can figure out how to say it without offending anyone. I’m the middle man. I like to sit back and watch and listen, more than to be outspoken. I think it’s important to know when to speak up and when to be quiet.”

He has thrived at the early college. “It has changed my life. What makes an early college student, and what you can see in all of them, is their determination for their future, that drive, or that grit that they have,” he says. He has a brother who attends Washington High School. He sees how each of them have thrived in their environments, with his brother preferring sports and planning to enlist in the National Guard.

At a Summer Ventures at UNC-Charlotte, Moore met other students who shared his passion for service, his drive, and his desire for solitude. “I don’t dance. It’s not something I do. But I danced there because those people were just like me. If you put people who are like each other in a room, and they all don’t like to dance, if one person starts dancing, they all start dancing.”

“I’m in a situation now where I’m focusing on me,” says Moore as he places his hand on his chest. BCECHS has given him a space to learn, grow, find his passion for helping people, and maybe even dance. “I don’t have to worry about what others think. I can do me, and help others.”