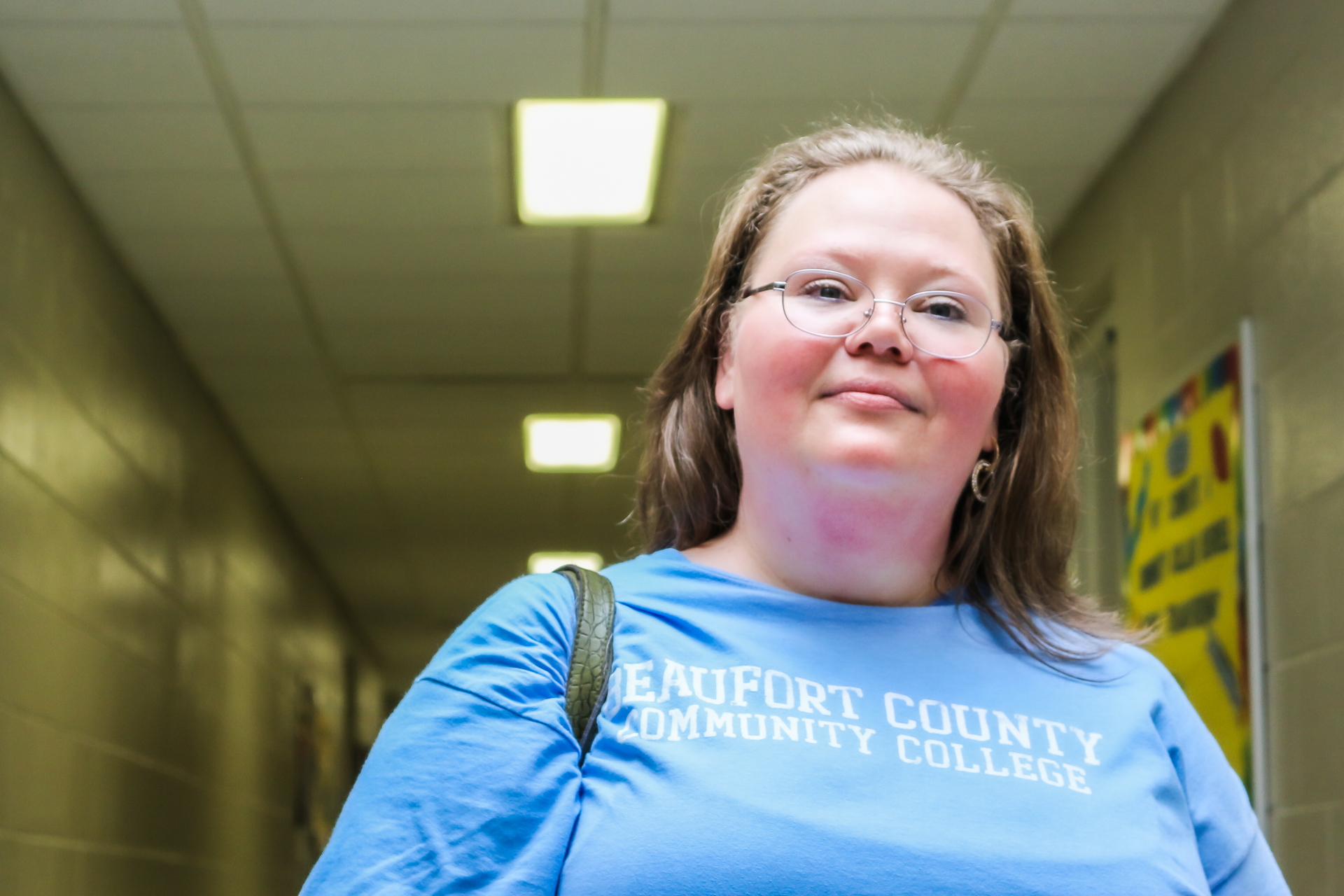 Roxanne Tate, a mother of a teenager, has already earned a high school equivalency diploma from the college. She will soon have an Associate in Arts, as well.

A parent always wants the best for their child, and sometimes that means making sacrifices and taking a long look at their own life to see how they can improve their situation. For Roxanne Tate, the first step was to complete a GED or High School Equivalency through Beaufort County Community College. The next step was to enroll in an associate degree program. When she graduates, she will be the first in her family to complete a college degree and lead the way to a better life for her son.

Tate first came to the college after she found out that a cashier at her workplace earned more than she did due to her lack of a high school diploma.

“That was my point to say, ‘This is unacceptable, and I have to change that,’ and that’s what brought me out the college,” said Tate.

College has not necessarily been easy. Tate takes a bus out to the college every day, and has to balance family life with classes and homework.

“There’s a lot of times when I want to be downstairs spending time with my son or in his room playing games,” she says, “but what I’m sacrificing now is going to pay off a hundred-fold in the future when I’m able to give my mother and my son the life that they deserve that I’m not able to now.”

As a non-traditional student, Tate attends classes with many students who are younger, especially with the presence of dual-enrolled high school students. While non-traditional students are common at the college, the average age of a BCCC student is 21. This diversity of ages means that students’ classroom interactions are more of a reflection of a typical workplace.

While she has earned her high school equivalency and will soon hold an associate’s degree, she is open to other paths for her son.

She offers this advice for parents with children who will soon graduate high school or start early college, “It’s nice to push them–because you want your child to reach their best potential or highest potential­–but don’t push too hard because that also has consequences. At the end of the day, it’s their decision. Just back them up no matter what they decide to do, whether it’s go straight from high school and get a job and then go back to school later on and acquire a degree, or if they go straight from high school and go to a community college or even a university. Just back them up, no matter what their decisions are.”

Tate, who is the secretary of the Student Government Association, historian for Gamma Beta Phi, vice-president for the LGBT+ Club and serves as an ambassador for the college, hopes to work in social services to prevent family violence or to work at the community college.