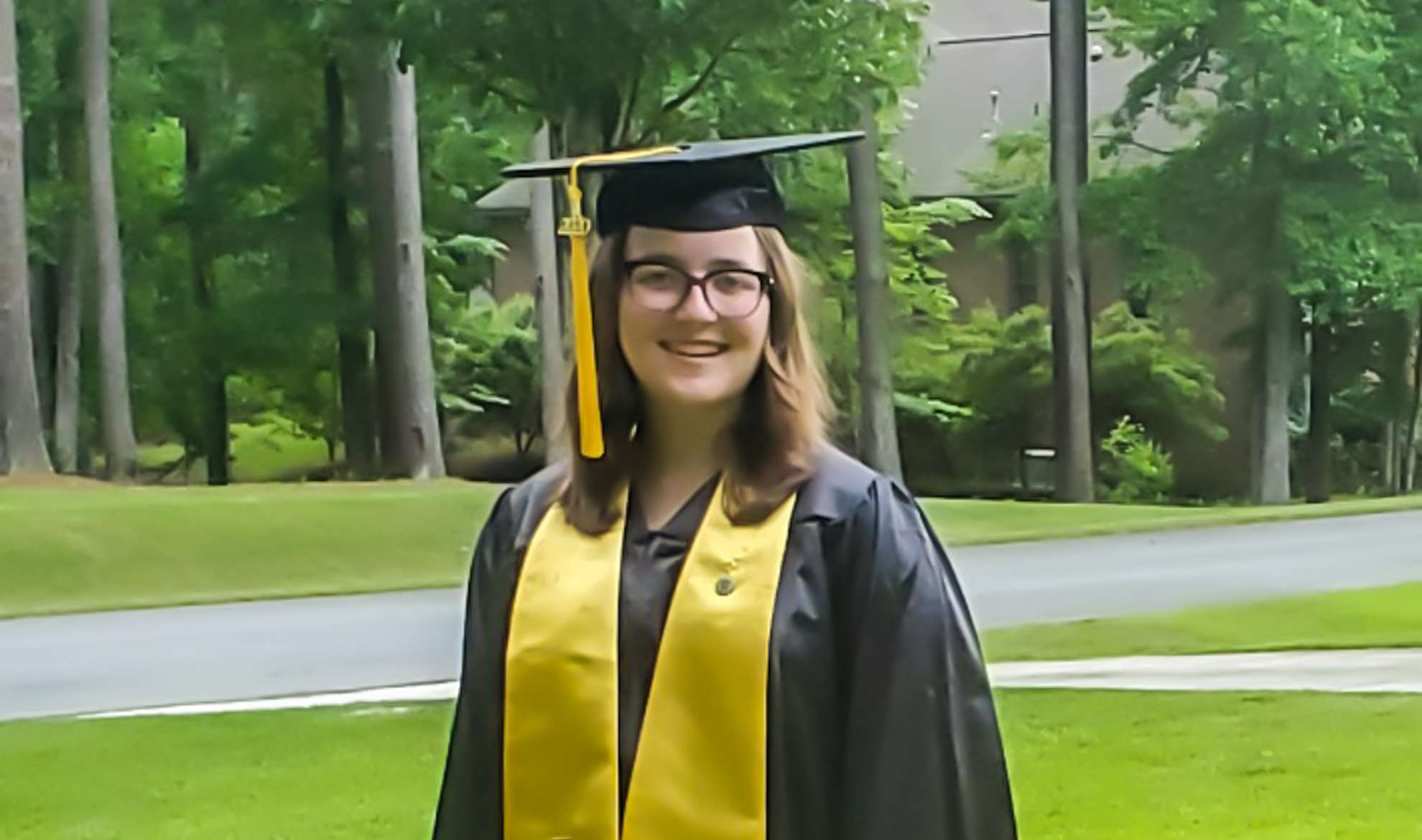 Adriana DeMercurio was awarded a top scholarship from Gamma Beta Phi, a national honor society. She served as the president of BCCC's chapter.

Beaufort County Community College congratulates Adriana DeMercurio on receiving the W.R. Russ and Margaret McCauley Scholarship. This is the highest awarded scholarship from Gamma Beta Phi, a national honor society, with DeMercurio being one of only two recipients nationally this year. She served as president of the chapter at BCCC, and graduated this May with an Associate in Arts and an Associate in Science. This award is in addition to her full-ride scholarship to Methodist University, where was accepted into the Early Assurance Physician’s Assistant program and, therefore, its graduate program.

Her desire to become a pediatric physician’s assistant stems from her own personal struggles with debilitating chronic pain that forced her into frequent visits to medical providers. “Without Gamma Beta Phi I would not know whether I have what it takes to go to a university and push myself to become a PA,” she said about her experience with the organization.

The W.R. Russ and Margaret McCauley Scholarship recognizes Gamma Beta Phi student members across the nation who have gone above and beyond the call of duty, to emphasize the three pillars of its organization–scholarship, service, and character­–along with chapter leadership and engagement.

“With Adriana as our president, all I do is watch in amazement as she spearheads our diverse community outreach and fundraising efforts while she also manages our 85 or so members,” said Dr. Keith Lyon, advisor for the BCCC Gamma Beta Phi chapter. “During the first chapter fundraiser in which she was involved—a jambalaya luncheon for over 300 people—Ms. DeMercurio showed up with her own enormous saucepan and immediately took charge; I knew right then I had found my future president.”

“When I arrived in the kitchen, members were trying to figure out how to complete this enormous task,” said DeMercurio about the jambalaya luncheon. At the time, she was only 16 years old. “I sort of took charge and directed everyone­–despite most members being older–and we completed all the cooking in a smooth, timely manner.”

Gamma Beta Phi members must be presently enrolled at BCCC and committed to excellence in education, to good character and to service. They must have completed 12 or more semester hours of college work. Members cannot have their grades drop below a GPA of 3.2 and must have a GPA of 3.5 to be join.

In the fall of 2019, she led the group in volunteer projects and to raise funds for the ARC of Beaufort County, an organization that meant a lot personally to many of the members. The group raised over $900 to help buy presents for adults with cognitive disabilities during the holidays.

“This money provided Christmas presents and happiness during a season that should be joyous but can be difficult,” she said. “I am very proud of having identified a cause that spoke to me and our chapter, of helping conceive many of the project’s particulars, and leading us to success.”

DeMercurio was accepted into Methodist University’s Early Assurance Physician’s Assistant program, granting her acceptance into their graduate program. She plans to graduate with her Master in Medical Science degree along with her PA certification.

BCCC thanks DeMercurio for her leadership and wishes her the best on her future endeavors.