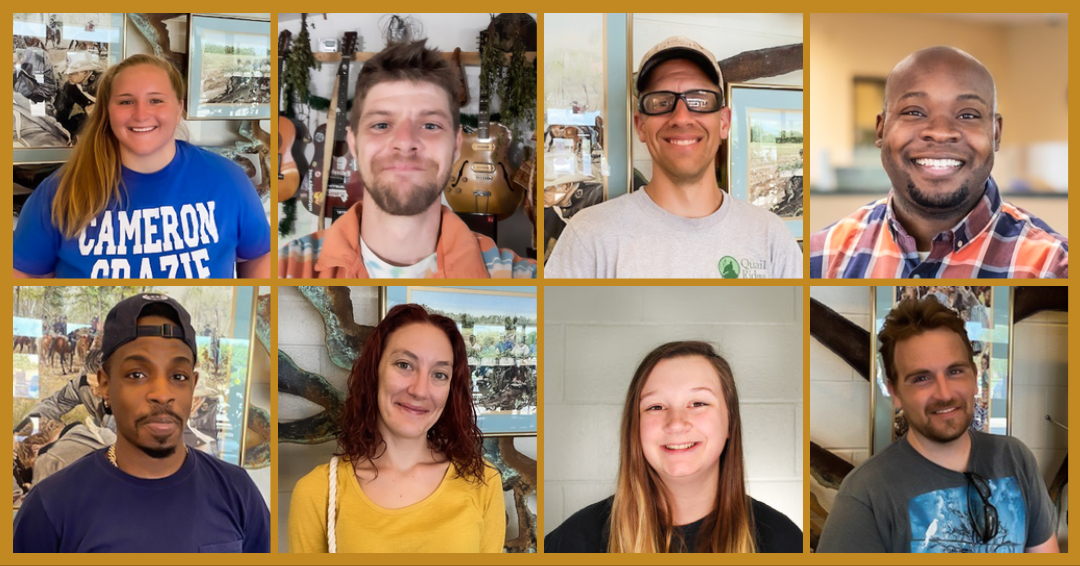 The Beaufort County Community College Foundation is proud to announce the following scholarship recipients. The BCCC Foundation is currently raising funds through an online auction to support scholarships. Registration is open for Spring 2021 classes. The new schedule for Spring 2021 Continuing Education classes such as HVAC and EMT is available now. It is thanks to scholarships such as the Darragh Foundation that BCCC can now offer all 96+ hour certification classes at no cost to students in Continuing Education.

Established in 1998 by Richard and Mildred Darragh, the Darragh family focuses on the impact of education in the communities it serves. The Darragh Foundation’s mission is “Helping to Improve the Lives of Others.” Scholarships from the foundation are awarded to Continuing Education students seeking their high school equivalency diploma and students working towards an industry-recognized credential returning to the workforce. Scholarships are awarded biannually and students must show academic promise and demonstrate need.

Carleigh Findley, 19, received the Darragh Foundation Scholarship. The Washington resident is part of the emergency medical technician program. Findley attended Southside High School and holds an Associate in Arts. She is the daughter of Edie Barbour of Washington. She plans to attend a medical school.

Dustin Haddock, 33, received the Art & Alice Keeney Scholarship. The Washington resident is working toward an Associate in Science. He attended Washington High School. The father of one plans to work as a welder and earn a bachelor’s degree to become a certified welding inspector. He currently works as a temporary census enumerator.

In honor of Art Keeney’s retirement in June of 2009, as CEO of East Carolina Bank (ECB), which is based in Engelhard, NC, the ECB board of directors established this endowment to recognize both Art and his wife Alice for their tremendous accomplishments at the bank, in the Hyde County community, and throughout the ECB service area. First preference for these scholarships goes to students residing in Hyde County, who have a GPA of 2.5 or better, and demonstrate need.

Michael Hofland, 38, received the Darragh Foundation Scholarship. The Washington resident is part of the heating, ventilation and air conditioning (HVAC) program. Hofland attended Abelca Book High School and holds an Associate in Applied Science in Auto Technology. He currently works as head of maintenance for Douthit and Co. at Quail Ridge Apartments.

Matthew May, 35, received the Robert Farish Scholarship. The Greenville resident is part of the business administration program. He is the son of Matthew and Lesha May, the husband of LaShonda May and a father of four. May attended North Pitt High School and plans to move forward in the finance department at Greenville Utilities where he currently works.

Rebecca Farish established this endowment in 2005 to honor the memory of her husband with scholarships that are reflective of his talents and interests in life. The scholarships are awarded to students in the business, criminal justice or automotive technology programs each year, and are based on need.

Ceasar Nelson, 33, received the Darragh Foundation Scholarship. The Washington resident is part of the heating, ventilation and air conditioning (HVAC) program. Nelson earned his high school equivalency at BCCC. He is a father of three and husband of Martina Nelson.

Zoë Slade, 21, received the Stephanie Zablocki Jones Memorial Scholarship. The Bath resident is part of the medical laboratory technology program. She attended Barnstable High School. The mother of one is the wife of Edward Boulton and the daughter of Kim and Gerrit Slade of Goldsboro. She plans to work as a lab scientist

This scholarship provides financial support for BCCC students in the Medical Laboratory Technician (MLT) program, or other medical programs. Stephanie was a graduate of the BCCC MLT program and was a phlebotomist at the Leo G. Jenkins Cancer Center in Greenville, NC. She was lost in 2006 while administering first aid at an accident scene on River Road. She was the mother of three, a volunteer youth sports coach, and assistant Scoutmaster at Troop 99 in Washington. This scholarship assists others who model Stephanie’s academic achievement and community service; helping others with great skill, compassion and dedication.