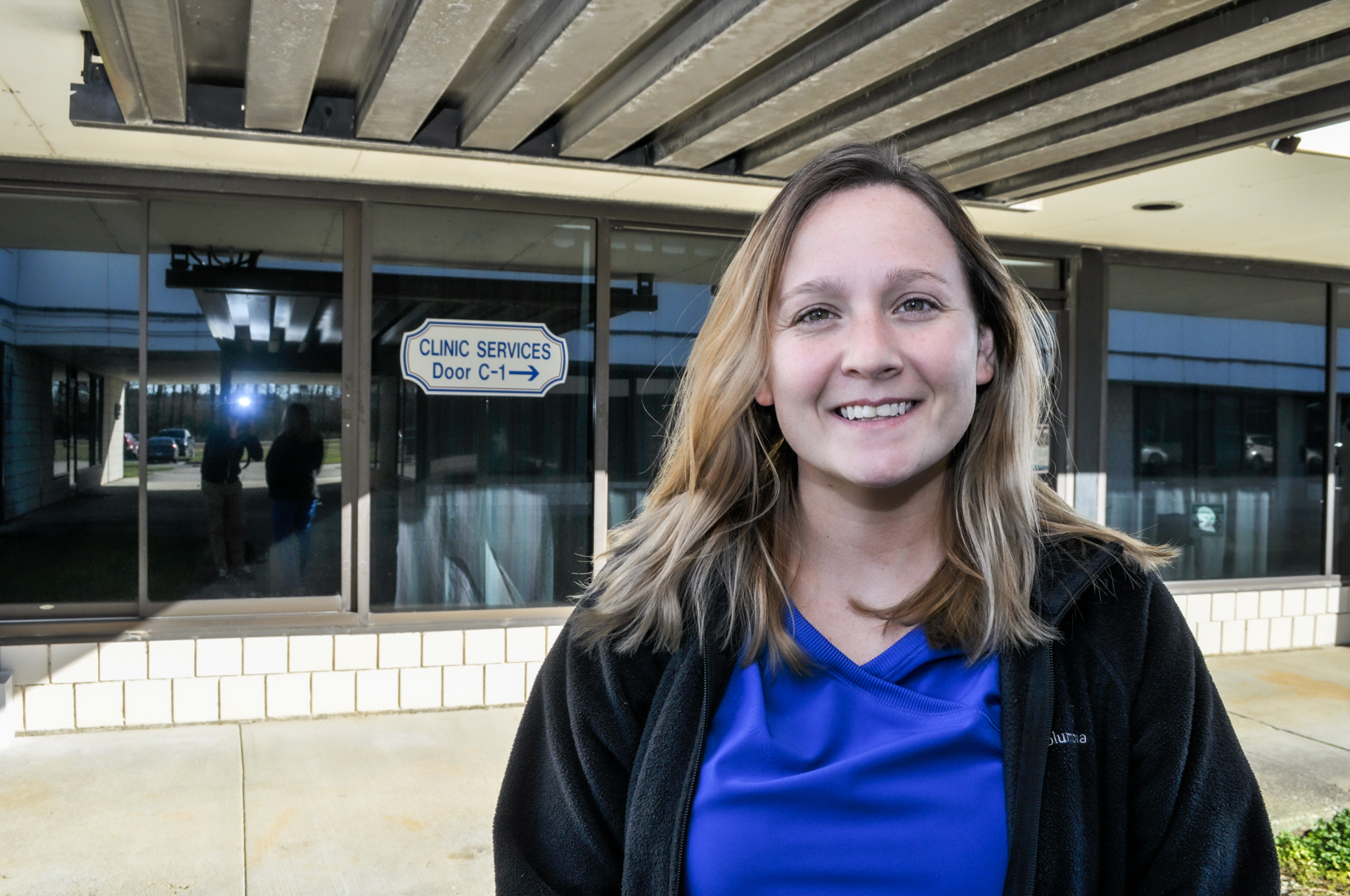 With a goal of helping people recover from addiction, Cailey Kirk will attend ECU to earn a Bachelor of Social Work.

Picking a program of study is not an obvious choice for most students. Nowhere in our DNA are we programmed to be nurses, engineers or restaurant workers. But sometimes a life experience can make a career choice obvious. For Cailey Kirk, life with a person facing heroin addiction convinced her to pursue human services technology so that she can hold people accountable to their recovery. Kirk will graduate this December from Beaufort County Community College and take a much-needed break before finishing a Bachelor of Social Work at East Carolina University.

“I saw that the people might have hated their probation officers at the time, but they attributed their success to them,” she said. This observation motivated her to become a probation officer herself. She chose human services rather than criminal justice because she preferred alternatives in social services in case probation did not work out.

“With the human services degree, and the degree in social work, if I get into probation and decide that it is not what I like, I can work with children or foster care,” she says.

Kirk is taking a break to gather her thoughts after five years of college and five programs. She started out in dental hygiene, but decided that she did not want to spend that much time in people’s mouths. She considered basic law enforcement training (BLET) but knew herself well enough to know she would struggle with early morning routines. She took nurse aide and then phlebotomy classes at Beaufort and has been using those certifications to work at the Washington County Health Department while still in college. This led her to the nursing program, but during this time her experiences outside of the classroom propelled her to the human services program.

During her semester in nursing school, her then-boyfriend started using heroin.

“With him getting on drugs, it made me see that not only did it destroy me, it destroyed his mom, his dad, my mom and dad because of the high hopes we had for him,” she says. “At first I was very angry at drugs. I didn’t understand why he couldn’t just put them down.” She decided she needed to learn more about addiction, which she did through her human services courses.

“I thought he was going to be the one that I married and had kids with. We were going to spend the rest of our lives together,” she says. “Drugs take over. It changes your mind. It changes everything.”

When she worked at PORT Health, a detox center in Beaufort County, people on probation or people who had relapsed would tell her about their experiences with probation.

“I believe that in order for them to recover and stay healthy and clean, they need to be held accountable for their actions,” she says. She thinks that a detox-focused approach leaves too much room for people to relapse.

After December, Kirk will finally experience a little freedom of her own as she takes a break from college.

“It’s nice to finally breathe,” she says. She powered through her last two semesters at Beaufort because she saw how close she was to achieving an associate’s degree.

Motivated by her first-hand experience, Kirk will go into the field with the empathy and wisdom needed to help people in recovery put their lives back together.

Students experiencing addiction personally or in their families can reach out to BCCC Counseling at 252-940-6252 or through the LIVE CHAT feature.