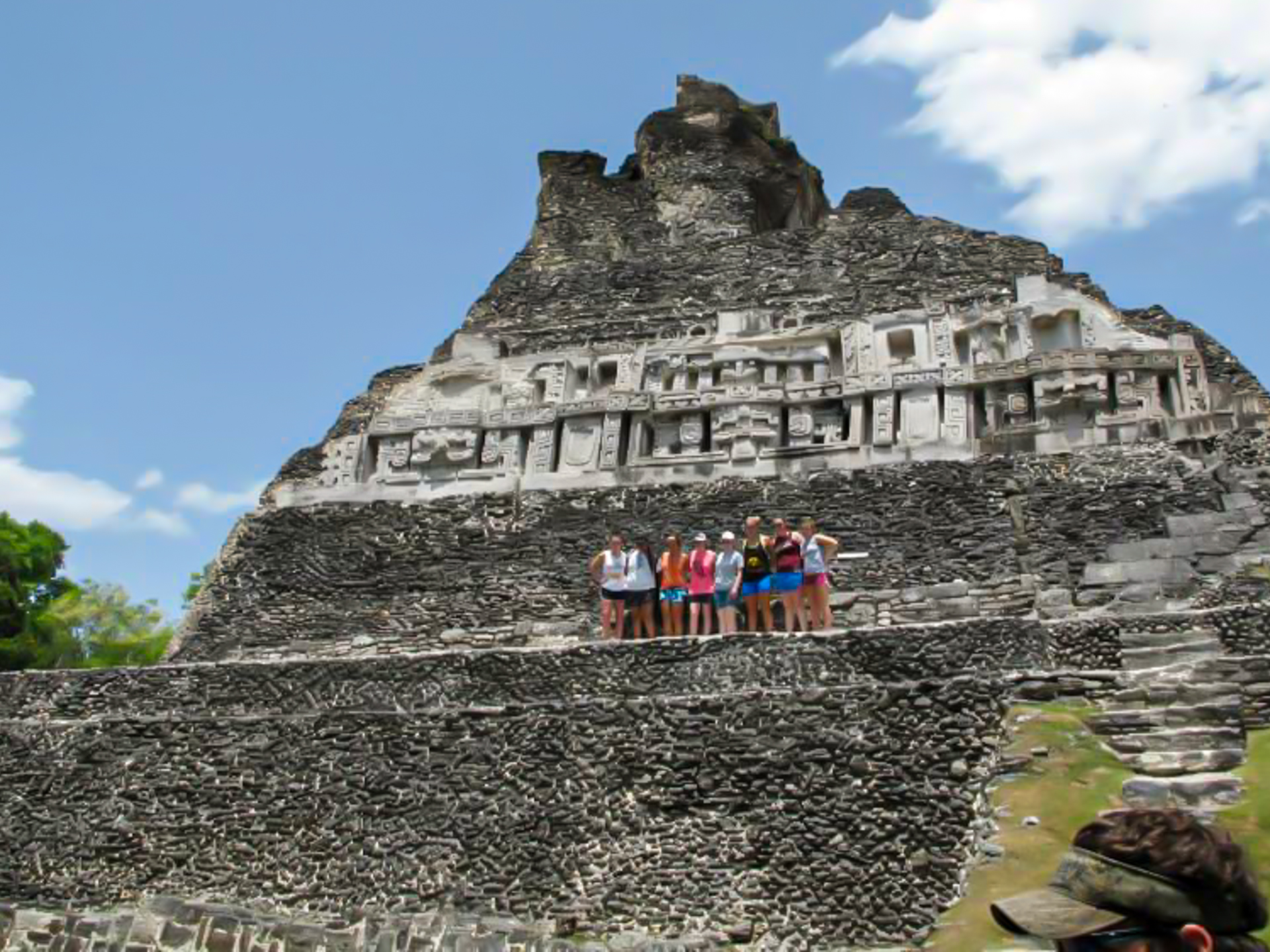 During their week in Belize, students will tour Mayan ruins while earning credit for two classes.

Study Abroad is back, so start packing your bags. English professor Suzanne Stotesbury and biology professor Chad Smith will lead a group to Belize between July 5-11, 2021 and students can get college credit. Two classes are being offered, HUM 180 and BIO 112. You do not need any prior travel experience, just the desire to take in the lessons of new place.

The United Kingdom held Belize as a colony until 1981, relatively late in terms of global decolonization. This makes Belize is the only Central American country with English as its official language. Belize was part of the Mayan Civilization for over a thousand years. The waters off its coast contain spectacular coral reefs, making it a diving destination. Belize is also central to punta music, a distinctly Caribbean sound with African and Arawak origins.

The trip starts out in Belize City. The group will take a boat ride down the New River to visit the Lamanai Ruins. In San Ignacio, the group will explore River Caves in the Cayo District, as well as the Xunantunich Ruins and the Mountain Pine Ridge Forest Reserve. The group will tour the Belize Zoo and Tropical Education Center and travel to the Ambergris Caye, where they will explore the Hol Chan Marine Reserve and snorkel in Shark Alley.

The trip is a wonderful opportunity to learn about a new culture, early civilizations and explore a variety of ecological communities such as coral reefs and tropical forests. Students are responsible for paying for the trip, though the group has held fundraisers in the past to offset some costs. You must apply by March 12. Contact Suzanne Stotesbury (suzanne.stotesbury@beaufortccc.edu) or Chad Smith (chad.smith@beaufortccc.edu) for more details.

In the past, Study Abroad has traveled to Costa Rica, France and Germany. Check some adventures from the Costa Rica trip below: