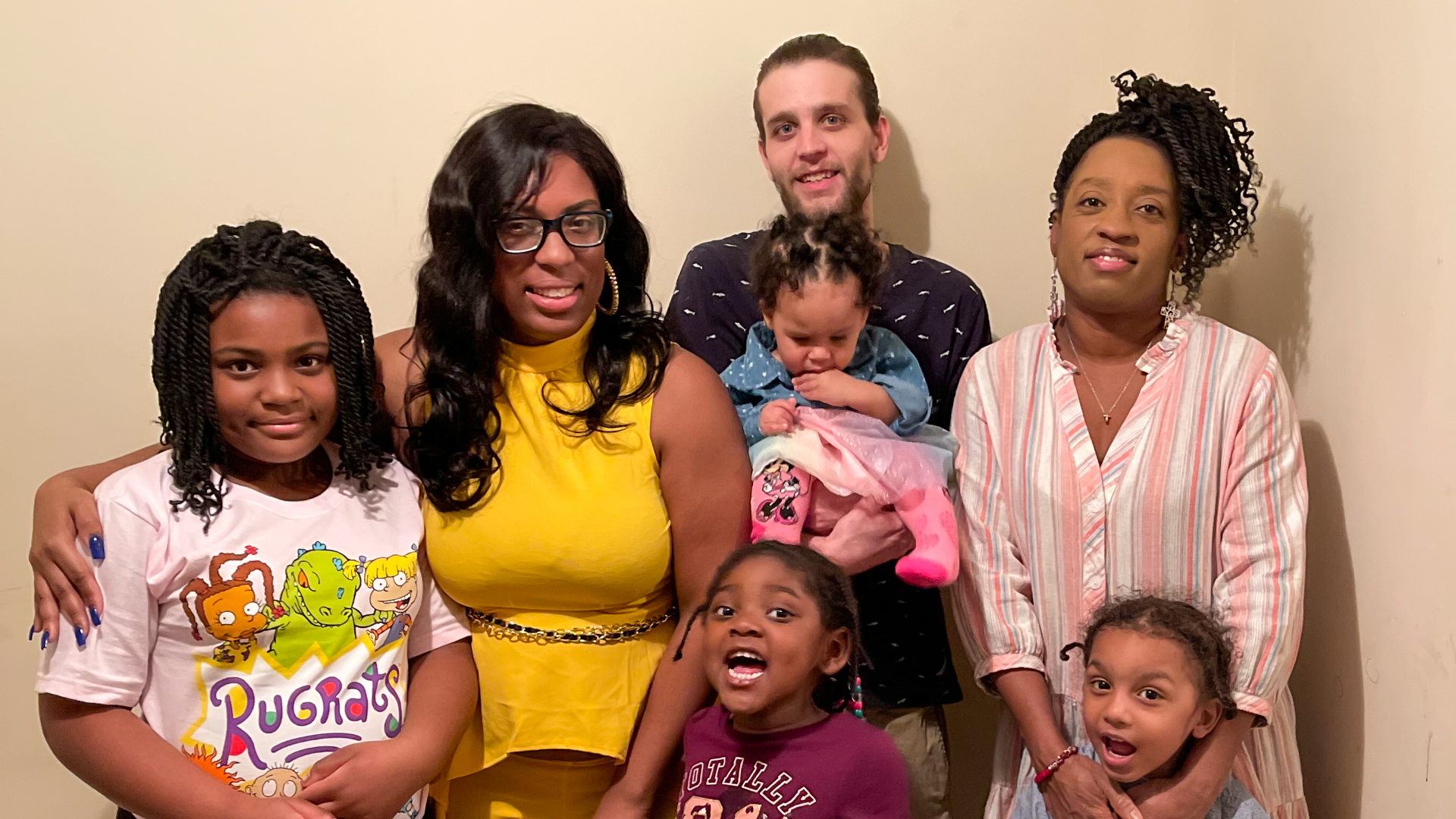 From mother in crisis to master's in business: Precious Johnson

Many parents attend Beaufort County Community College, some of them brand new to parenthood. They must juggle schedules, learn new skills and make consequential decisions in their educational plan. Can they stay the course? Take a semester off? Should they change programs of study? For Precious Johnson, motherhood came early, as she was the first in her class at Beaufort County Early College High School to have a child. Becoming a parent meant some changes in her plan, but Johnson persevered, and she is now working on her Master of Business Administration online through NC Wesleyan College.

Johnson graduated from Beaufort County Early College High School with her high school diploma in 2013 and finished an Associate in General Education from Beaufort County Community College. She remained at BCCC to earn an Associate in Medical Office Administration in 2015, deciding that going to work immediately was the best choice for a new mother. She did this all without taking any time off.

“Being a mom, I realized I needed to get something that would get me a job right away, and I did go on to use that degree at Ricci Law Firm,” she says. The constantly updated technology at BCCC and its integration into class assignments helped to keep up with new innovations in the workplace.

She would also work as a planner assistant at Clarcor Air Filtration and finished up a Bachelor of Science in Psychology through North Carolina Wesleyan College. NC Wesleyan partners with Beaufort to provide in-person classes on BCCC’s campus in Washington. Johnson attended classes with other students also attending NC Wesleyan. The partnership saved her time, as she would have otherwise had to commute to Rocky Mount, and, in addition, she enjoyed the small class sizes and group work.

“It saved me a lot of time and money, because all of my credits transferred over, so that was a big win for me,” she says.

“I always knew I was going to go back to do business,” she says of her psychology degree. This plan led her to the Master in Business Administration on which she is currently working.

Along the way there was help. Her parents took time with her child while she returned to school. “They knew that with me going to school, I would be able to provide a better life for her,” she says. “I want to do the best I can, so that my children can do the best they can.”

She was very focused on completing her education, so she stayed to herself on campus, but she leaned on a few staff members for support. She worked closely with counselor Debra Baker and Michele Mayo, her instructor for medical office administration.

“I was an emotional wreck,” she says. She would meet with Baker on a weekly basis and catch up on assignments in Mayo’s office. “I struggled with knowing if I was doing the right thing.”

“I was ready to give up and drop out,” she says, “but because the campus was so small, they could do a lot of one-on-ones with me.”

She also got help through the Coastal Pregnancy Center where she took parenting classes and found religious guidance.

A higher education was never a guarantee for Johnson, making the choice to continue her education even more important. “There were four of us growing up, so we knew my parents would not be able to afford for everyone to go to college.”

The family plan was that if Precious attended the early college high school, she would become the first in the family with a college degree. Along the way, completing college became a family endeavor—and friendly challenge—for the Johnson family. Her mother Trina completed a Bachelor of Science in Early Childhood Education from the University of Mount Olive. Her sister Lovely earned her Associate in Science and Associate in Arts from BCCC, and she is now a private first class in the United States Army. Her oldest brother Tyrone earned his Associate in Computer Networking from ITT Technical Institute.

While her mother Trina may have earned her bachelor’s degree just a few years before Precious, Precious will be the first in the family to earn a master’s degree.

After years of struggle and turmoil, Johnson has settled into a steadier life. She now has three children, Trina Mariah King-Smith, 10, Benjamin Aaron Johnson, 3, and Wynter Rose Gaskins, 1. Her fiancé James Gaskins, who works as a shipping coordinator, has encourage her to step back from working to focus on her master’s degree.

Johnson plans to be a financial analyst, but she is also considering starting a non-profit to help other young parents. She knows that without the support she received through the college, she would never have been able to finish. Now Johnson would like to be the one to extend that support to young parents, and to help them defy expectations.