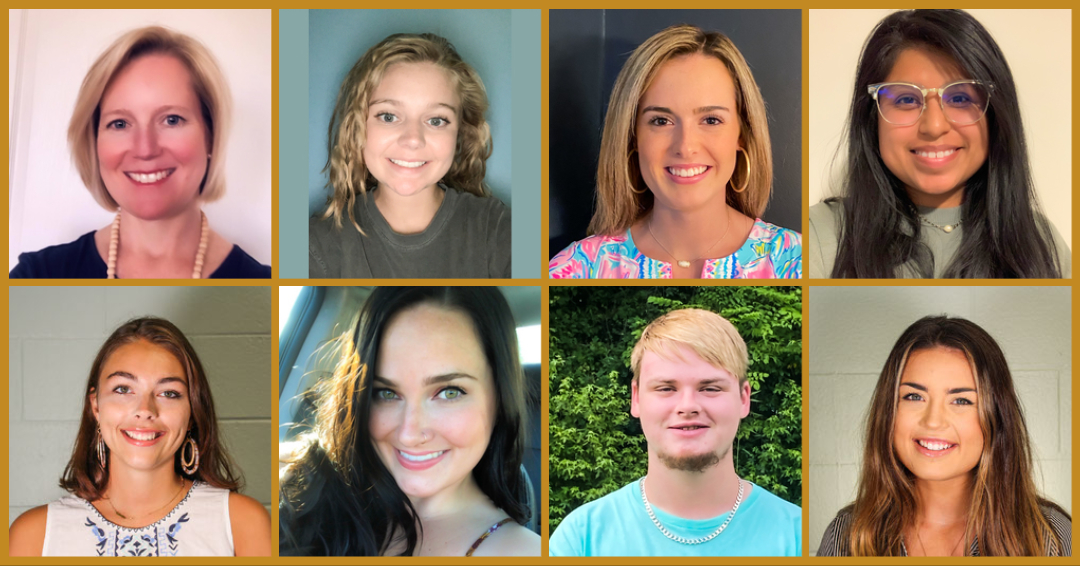 The Beaufort County Community College Foundation is proud to announce the following scholarship recipients for the Spring 2021 semester. Eight-week, online Late Start classes start on March 8, and they are still open for registration.

Blair Blackburn, 43, received the Robert C. Page Scholarship. Blackburn is part of the nursing program. The mother of two is the wife of Ricky Blackburn, and she attended J.H. Rose High School. The Washington resident plans to become a nurse at Vidant Health. She holds a Bachelor of Arts in Communications, Advertising & Public Relations from Salem College.

Established by Lena H. Page, RN in 1992 in memory of her husband, this annual scholarship is awarded to a nursing student who demonstrates high academic achievement and financial need. Mrs. Page graduated from the BCCC Nursing program in 1968.

Kristen Hardison, 19, received the Frances M. Barnes Memorial Scholarship. The Williamston resident is a nursing student. She attended Bear Grass Charter School and plans to work as a nurse. She currently works in food prep at Deadwood Restaurant.

Kathryn Hudson, 20, received the Myrtle Cutler Jones Scholarship. The Washington resident is working toward an Associate Degree in Nursing. The daughter of Chuck and Renee Hudson of Washington, she attended Beaufort County Early College High School and holds an Associate in Arts. She plans to serve the people of Washington as a nurse.

Established in 2002 by the family of Myrtle Cutler Jones, this fund provides an annual scholarship to a second year BCCC student in a medical technology program. Jones, a Beaufort County native, recognized the importance of a medical facility in a rural community. She wanted her estate to benefit students in the medical field. Recipients must have at least a 3.0 GPA.

Liliana Pacheco, 27, received the James & Evelyn Smith Scholarship. The Greenville resident is working toward her Associate Degree in Nursing. She attended Graham High School. She is the daughter of Angelica and Emidio Pacheco, and plans to work as a pediatric nurse and earn a Bachelor of Science in Nursing.

Despite James Smith’s blindness throughout most of his adult life, he and his wife Evelyn owned and operated their own successful accounting business for 29 years. Hence, in 2007, the Smith’s daughter Mandy S. Jones, established this endowment to commemorate her parents’ lifelong love of learning and to honor their positive attitude toward life. Students must demonstrate financial need and academic promise.

Lauren Taylor, 21, received the Frances M. Barnes Scholarship. The Williamston resident is working toward her Associate Degree in Nursing. She attended Riverside High School. She is the daughter of Paige and Keith Taylor of Martin County, and plans to work as a registered nurse and then as a traveling nurse.

Kasey Tinker, 22, received the Shereda Bailey Scholarship. The Belhaven resident is a nursing student. Tinker attended Northside High School. She is the daughter of Ray and Amy Tinker of Belhaven. She plans to earn her Ph.D. in Nursing.

Shereda Bailey was a promising young BCCC nursing student who died unexpectedly in 2006 - just three weeks before graduation. Shereda’s mother, Sheila Rogers, combined memorials raised by Shereda’s fellow nursing students, and funds raised by family and friends, to start an endowment in her beloved daughter’s memory. The scholarship is awarded to deserving nursing students under the age of twenty-five.

Latham Waters, 21, received the Louise R. Lester Foundation Scholarship. The Washington resident is working toward his Associate in Applied Science in Criminal Justice Technology. He was homeschooled and currently works as a customer lead associate at Food Lion. He is the son of Jim and Lisa Waters, and plans to work as a park ranger.

Founded in 2001, the Louse R. Lester Foundation builds on the charitable works of Mrs. Louise Robertson Lester. Mrs. Lester was a native of Martinsville, Va. She was an accomplished artist, producing beautiful paintings and poetry. The foundation seeks to effect positive change in the communities and lives of the people who are served through its philanthropic support. They seek to build effective relationships with grantees through a willingness to understand the challenges they face. Scholarships are available for students facing financial challenges to continue their college education.

Kendall Watkins, 20, received the Bill Pruitt/St. Thomas Episcopal Church Scholarship. The Washington resident is part of the nursing program and the Regionally Increasing Baccalaureate Nurses (RIBN) program. She is the daughter of Tyler and Suzanne Watkins of Washington. Watkins attended Washington High School, and she plans to continue her education at East Carolina University and work as a registered nurse.

This scholarship is to support a student who is a graduate of Northside High School and ineligible for a Pell Grant. The student must be in good standing with a minimum GPA 2.75. Preference is given to students entering two-year job ready programs that require an Associate Degree in Applied Science or appropriate certificate.