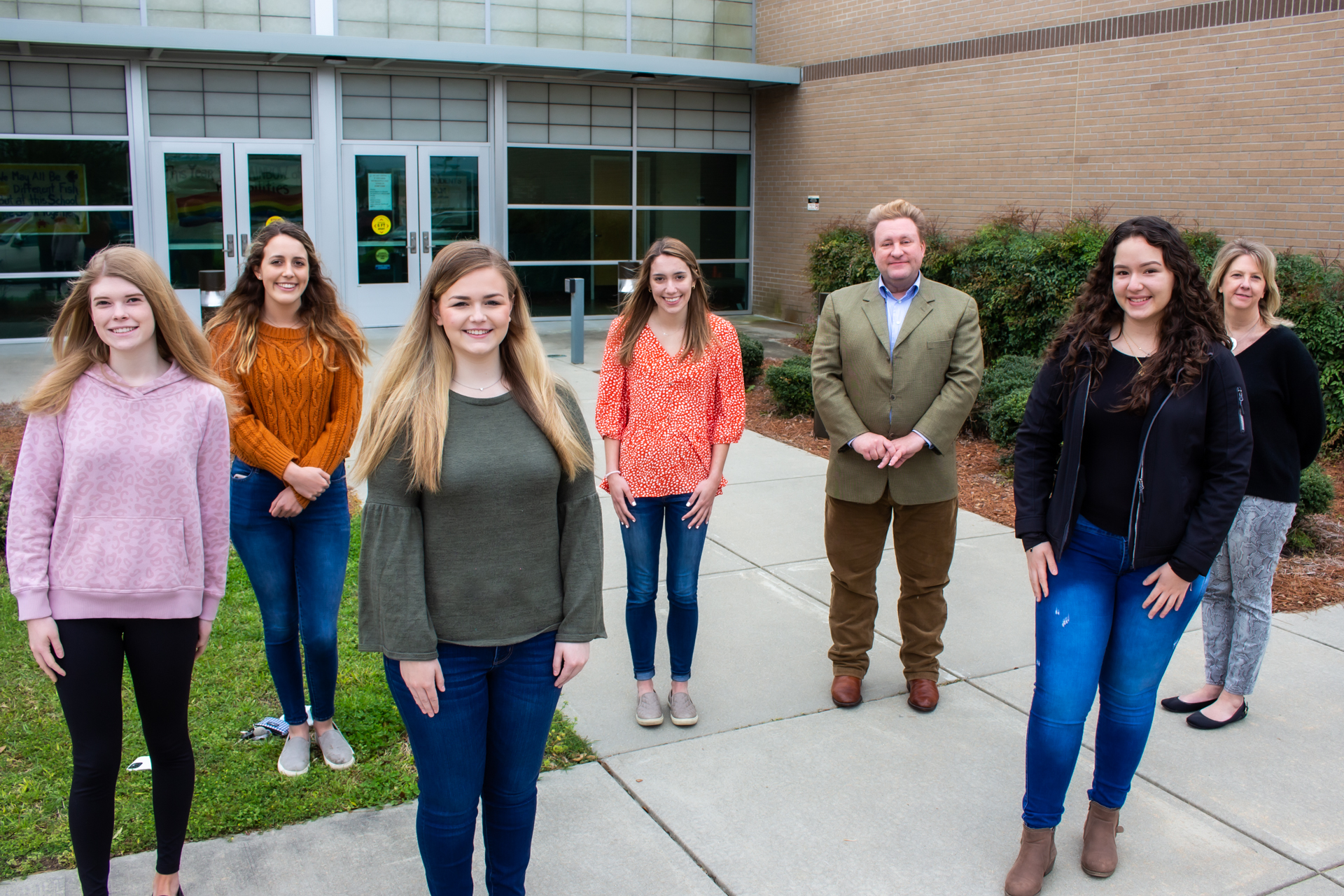 Gamma Beta Phi, the honor society at Beaufort County Community College, inducted 73 new members into its organization on March 23. Members of the honor society achieve academic success, and they also take on projects that help some of the most in need in our community. The number of new inductees jumped 40 percent over the 2020 inductees, even as maintaining a 3.5 grade point average (GPA) became more difficult for students during a tumultuous academic year.

Last year’s Gamma Beta Phi induction ceremony was the last large gathering held by the college before the spreading pandemic forced classes to go online. The 2021 induction was held online, with advisor Dr. Keith Lyon introducing all 73 of the inductees to the audience.

Even with the pandemic, the members decided to continue their fundraising and community service projects, donating $1551 to Adopt-a-Senior to help make the holidays brighter for seniors who could not see their families during this time of isolation. These funds purchased gifts and cards for residents of River Trace Nursing and Rehabilitation Center.

In the past, Gamma Beta Phi has raised funds for the Open Door Community Center and Zion Men’s Shelter and Kitchen. It also joined with the Student Government Association last fall to gather donations for the survivors of Hurricane Dorian on Ocracoke.

GBP president Anna Taylor reflected that she hoped her time in Gamma Beta Phi would inform her service through her life. Advisor Dr. Lisa Hill commented that service during the health crisis brought out the fundamental values of Gamma Beta Phi.

Members of Gamma Beta Phi must be presently enrolled at BCCC and committed to excellence in education, to good character and to service. They must have completed 12 or more semester hours of college work and pay the one-time national membership fee of $70.00 along with local dues of $12.00 per semester. Members cannot have their grades drop below a GPA of 3.2 and must have a GPA of 3.5 to be join.

Starting a career in criminal justice or law enforcement

Board of Trustees meeting on April 6