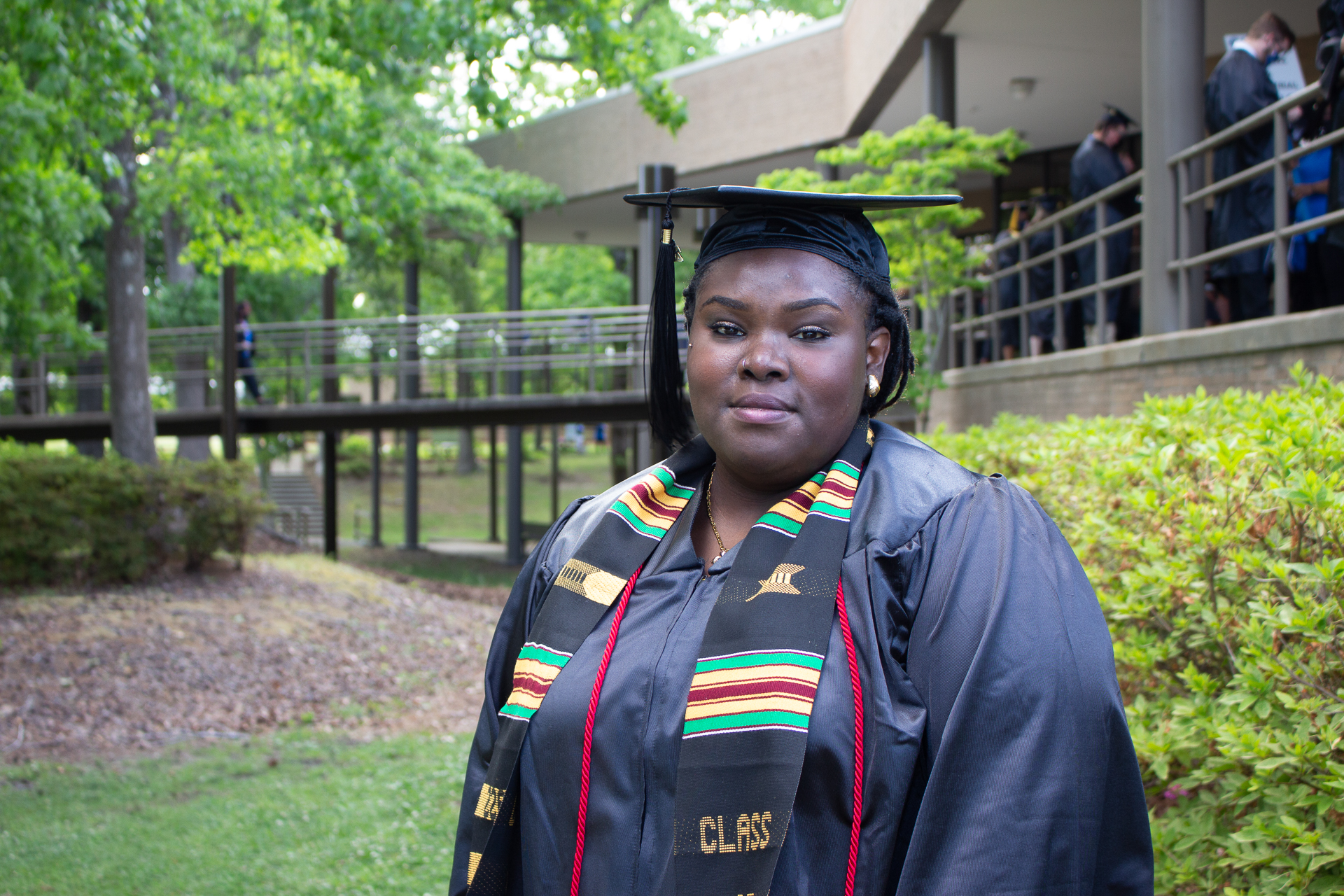 Chante Price-Chesson found that her math skills were a great fit for electrical engineering technology. She now heads to ECU to complete a Bachelor of Science in Industrial Engineering Technology.

Students may start out with a clear vision of what program they want to pursue, but through experience in their classes they find out that another program is more geared to their strengths. Chante Price-Chesson intended to follow her mother into nursing, but found that her math skills were a better fit for electrical engineering technology. Price-Chesson graduated with an Associate in Applied Science in Electrical Engineering Technology, Associate in Applied Science in General Occupational Technology, and an Associate in General Education on May 13, 2021. She is the first African-American woman to graduate from the electrical engineering technology program at Beaufort County Community College (BCCC). She heads to East Carolina University this fall to earn a Bachelor of Science in Industrial Engineering Technology and continue into a master’s program.

Price-Chesson graduated in 2013 from Broughton High School in Raleigh, returning to her hometown of Roper to start the nursing program at BCCC in the footsteps of her mother Celestine Price who had earned her GED, Nurse Aide II and Medical Technician Certifications from Beaufort.

She struggled with the program and took a break from college. “The chemistry, the psychology, and the math was fine, but when I got to anatomy, the other students were getting hundreds and I wasn’t,” she says.

Around that time her uncle who worked as an electrical engineer visited from New Mexico. He knew that Chante and her younger brother Chance were both adept at fixing things, so he convinced Chante to return to college and Chance to change his program of study from information technology to electrical engineering technology.

The two siblings returned to Beaufort together, feeding off each other’s excitement for the new program.

Reflecting on her mother’s support, she says, “Her happiest day was when me and my brother came home and said we are both joining the electrical engineering program.”

“Me and my brother, we’re real tight,” she says. Growing up, their mother worked long hours, so at nine years old, she would put him on the school bus in the mornings before her uncle would drive her to school.

The instructors would never put them in groups together, but at home they would study together.

“My brother was one of my biggest inspirations,” she says confidently. Going through the program with her brother helped her stay motivated. During difficult periods, she knew she had to keep going for his sake as much as her own.

Where she struggled in nursing, she thrived in electrical engineering.

“The anatomy part would never click, but fixing a wire or a program is something I could wrap my head around,” she says. “I have always been around electronics. I always knew how to get a virus off of a computer or fix a phone, and if I couldn’t, I would watch a video to learn how to do it.”

“I felt like being a female, that [nursing] would come easier, but after the first year of being in there, it wasn’t for me. Then I went to electrical. I think my strengths in math and science got me through electrical better than nursing.”

She quickly made friends with a few incoming students in the program, and they are now heading off to ECU together. Originally planning to stop after earning her associate’s degree, she learned that she could earn an additional $10,000 with a bachelor’s degree, so she opted to keep pushing ahead.

She toured ECU’s campus with both her professor Ben Cole and with Tashawna Scott through the TRIO program. Being a first-generation college student, she was able to get help on university applications, tour campuses and attend events with other TRIO students.

This last year has been an intense one for Price-Chesson. In fall of 2020 her grandmother Fannie Price fell ill and came to stay with the family so that Celestine could take care of her. She died in October, only months before she could see Chante graduate.

In the midst of the pandemic, Price-Chesson loaded up on classes, taking 40 credits in person in one year. She had long days and took summer classes so that she would not lose her momentum. She would get home from classes after 10:00 p.m.

The hard work paid off, and with the addition of her previous nursing courses she was able to earn an Associate in General Education on top of her Associate in Applied Science in Electrical Engineering Technology.

BCCC wishes Chante Price-Chesson success at ECU this fall. Through the Beaufort Promise, BCCC is covering tuition and fees through Spring 2023.