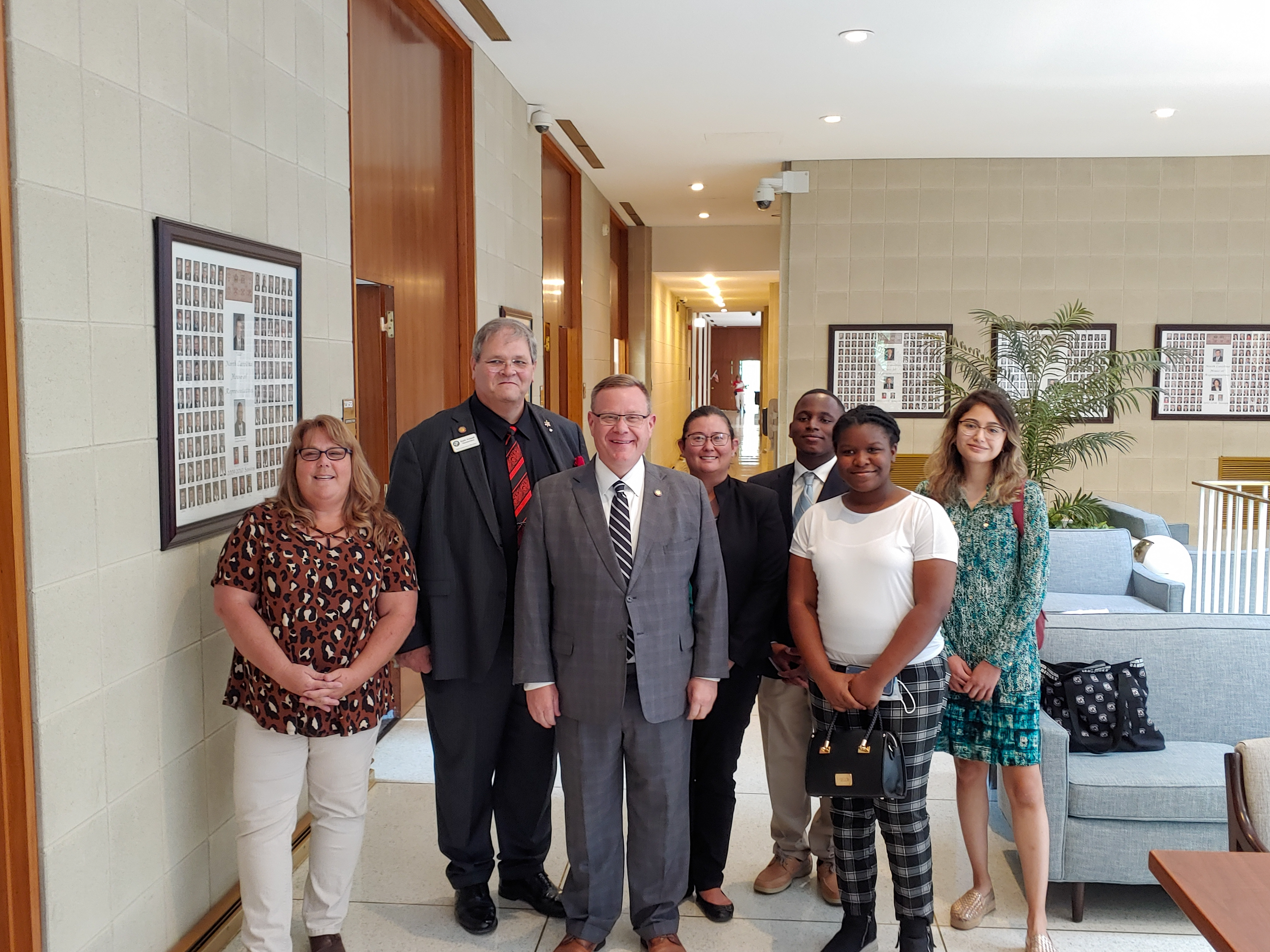 BCCC’s team, advised by business administration professor Cynthia King, partnered with a Kurdish team from Soran University in Iraq. Together they created a children's book to raise awareness about waste created by the arts and entertainment industry. Members of the original team, Team JoSeagulls, also attended. Team JoSeagulls placed second in the challenge for a gas leak detection and resolution system in 2019. The challenge pairs technical college students in the United States with students in Jordan and Iraq.

Rep. Kidwell referred to the team as "outstanding young people from Beaufort County who have made some astounding achievements for their young age."

He also praised the leadership at the college. "I do want to add to that that is under the tutelage of who I consider to be one of the best presidents of a community college in the State of North Carolina, Dr. David Loope," said Rep. Kidwell. "Since Dr. Loope has come to the college, they have had some amazing and astounding results. I want to express my appreciation to him. Also, Professor Cynthia King who led these young people into this award. It's people like her who are the outstanding thing that is the community college system in North Carolina. It's a very important and critical part of our educational process. It makes all our lives better to have these community colleges. My hat's off to the leadership there. They're doing a phenomenal job."

The Global Solutions Sustainability Challenge is an initiative of IREX, the United States Department of State, the Aspen Institute, and the Stevens Initiative. As winners of the challenge, the Soran Eagles received a grant to produce their book. The book is geared toward 4th graders, and the team plans to donate them to all of the 4th grade classes in Beaufort County.