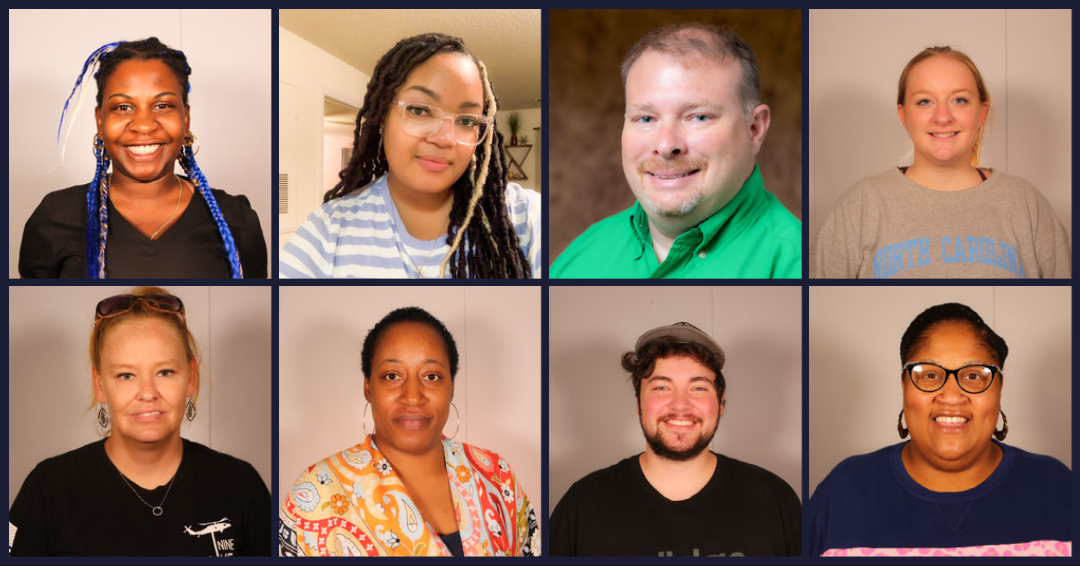 The Beaufort County Community College Foundation is proud to announce the following scholarship recipients for the Fall 2021 semester. Registration for the Spring 2022 semester ends Dec. 10. While the Beaufort Promise covers all tuition and fees through May 2023, students can apply for scholarships to cover the cost of textbooks.

Jasmine Allen, 28, received the Cypress Landing Scholarship. The Winterville resident is part of the cosmetology program. The mother of two is currently employed at PNC Bank as a lending services consultant. Allen attended Southern Nash High School and plans to achieve financial freedom for her and her two children.

Jamyia Garrett, 25, received the Jarl & Grey Bowers Scholarship. The Aulander resident is a business administration student. She attended Bertie STEM High School and holds an Associate in Science. She plans to grow at her current job in the financial industry.

Grey Worley and Jarl E. Bowers provided for this endowment in their wills. Grey Bowers was a home economics teacher and Jarl Bowers was a successful businessman and community leader. The Bowers believed deeply in the value of education as well as the mission of BCCC, and bequeathed this endowment in 2008 to help students demonstrating need and enrolled in a curriculum program at BCCC.

James Hood, 39, received the Cypress Landing Scholarship. The Winterville resident is an information systems technology student. He is an operations support specialist. Hood attended North Lenoir High School and has plans to continue his education and give back to his state.

Hannah LeNeave, 20, received the Dr. Adolphus L. Spain Scholarship. The Greenville resident is working toward her Associate in Arts. LeNeave attended D.H. Conley High School and plans to transfer to East Carolina University. She is the daughter of Jesse and Andrea LeNeave of Greenville, and currently works as a substitute teacher for Beaufort County Schools.

Eligible students must be graduates of any public high school in Beaufort County, North Carolina with a preference given to graduates of Northside High School, with a demonstrated financial need. Students should be enrolled, or plan to enroll, in a program leading to a degree in teacher education.

Erin Mizell, 40, received the James Franklin & Hannah Roberson Bagwell Scholarship. The Pinetown resident is working on her Associate in General Education. Mizell attended Washington High School. She plans to enter the paralegal program at Pitt Community College. She is a mother of one and the daughter of Mack & Fran Mizell of Washington.

Asha Paschal, 40, received the Vidant Health Scholarship. The Greenville resident is a medical lab technology student. She attended John Jay High School and plans to work in a company or hospital where her MLT knowledge is on full display. Paschal also has an Associate of Applied Science in Healthcare Management.

The Vidant Beaufort Health Scholarship is available to qualified students from nursing, MLT, nursing assistant, phlebotomy and any other curriculum or continuing education medical-related field.

Jacob Smith, 22, received the Wells Fargo Scholarship. The Washington resident is working toward his Associate in Science. He attended Coastal Plains Academy and is a media manager at Care-O-World. Smith plans to attend East Carolina University for a Bachelor of Science in Chemistry.

To qualify for the Wells Fargo Scholarship, a full-time student must be enrolled in the second year of a two-year educational/technical program, demonstrate financial need and scholastic academic promise.

Jameese Watson, 38, received the Donald & Janet Bellew Scholarship. The Windsor resident is part of the early childhood education career program. Watson is an Early Head Start teacher at Head Start. Watson attended Bertie High School, and plans to own an in-home daycare center. Watson is a mother of two and is the daughter of James & Joyce Williams of Windsor

Donald Bellew and his wife Janet established this endowment in 2005. Bellew had obtained his higher education by putting himself through night school and wanted to make it easier for another night student to do the same. Hence, this scholarship is available for students enrolled in BCCC’s evening classes.