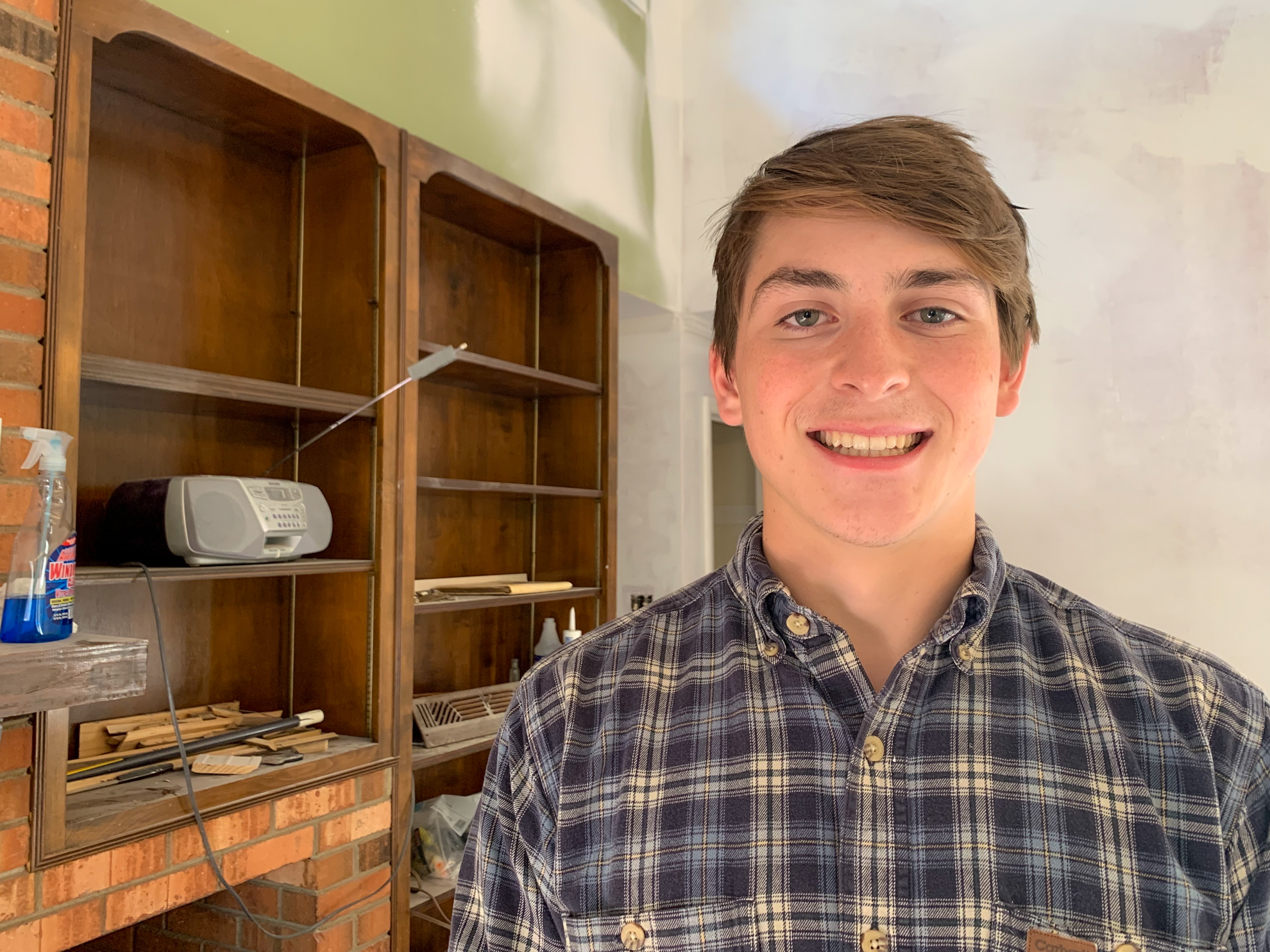 Challenging himself, giving back, and looking for the next opportunity, Garrett Lawless ends his high school and community college career with what in gymnastics is called a “stuck” landing, a perfect execution of dedication, opportunity, and drive.

When not doing backflips, Garrett Lawless is helping his family flip houses. Always composed, Lawless balances his regional-level gymnastics competition with multiple business endeavors, as well as volunteer commitments. His entrepreneurial eye is always seeking the next business opportunity. Lawless runs a snack business, as well as rents out and repairs violins at Washington Montessori Public Charter School, where he is a dual-enrolled senior. The Beaufort County Community College student plans to transfer to the United States Naval Academy.

When Lawless started working for his family’s home renovation business, he was initially doing construction, but his parents promoted him to manage the business a year ago, so now he finds contractors to carry out renovation and repair projects. Not stopping there, Lawless has moved into the real estate side, finding the last two houses for the business himself by contacting a wholesaler.

“That was one of the best weeks of my life. This was the first house I found myself,” he says, referring to the house he was working on. “I actually found two houses in one week, and to have them both go through in one week was phenomenal.”

He still handles minor electrical work, such as swapping out light fixtures, enjoying the process. “The whole engineering aspect of taking things apart, putting it together, to make it better, make it function best it can; I love that aspect,” he says.

In the Naval Academy, he plans to major in electrical engineering and then work as a surface warfare officer. Both his father and his aunt attended the U.S. Naval Academy.

Moving between projects with virtuosity, Lawless never seems to let his responsibilities overwhelm him. At his high school, he runs multiple businesses, serving as a head manager for the Washington Montessori violin rental business, and selling snacks through a business called Montessori Munchies with his older brother.

“At Washington Montessori, we offer free violin lessons to our younger students, and a lot of our students don’t have access to a violin, so we offer a rental business where we can give them rosin, violins and books to learn from,” he says. They have 120 violins that they rent throughout the year, tuning them, and keeping them in good repair.

Lawless says that meeting new people at Beaufort has been eye-opening, coming from a tight-knit class of 14 that has been together since kindergarten.

“The insane interpersonal relationships you build with them is so tight,” he says, “switching over to Beaufort has been different for me, to see many new people and the different walks of life they come from.”

All of these businesses are Lawless’s way of giving back and striving for personal excellence. For example, Montessori Munchies gives part of its profits to the school to fund class trips.

“To make the most of my life, I want to make an impact that helps other,” he says. “This desire to serve others–and to be a capable leader­– is what makes me to strive to be better and what inspired me to join the armed forces."

“I find joy in accomplishing these things, and knowing that I’m better after doing them than when I started.”

For most of his time outside of school, Lawless has his feet­–or hands–planted on the mat, where Lawless has competed as a gymnast for 12 years. Affiliated with Roses Gymnastics Training Center in Greenville, he has served as team captain during his entire high school career.

Most recently, he made the N.C. Men’s Elite Team which is composed of the top six gymnasts in the state, through which he competes nationally. During the COVID shutdown, the practices ceased for four months. He just attended his first meet in Asheville since the pandemic began.

Gymnastics requires a mental focus and preparation that follows him outside of the gym. “I’m afraid all the time at gym, but that’s the best part,” he says. “In the moment, I hate it, but afterwards when I go home and go to sleep, I feel so much better knowing that I did something that day versus I just sat there and didn’t throw a skill. Going to the gym since I was five, it’s made everything else a lot more low-key, like, ‘oh, this homework assignment? This is easy,’ especially after getting home from the gym.”

Challenging himself, giving back, and looking for the next opportunity, Lawless ends his high school and community college career with what gymnasts call a “stuck” landing: an unwavering, perfect execution of dedication, opportunity, and drive.